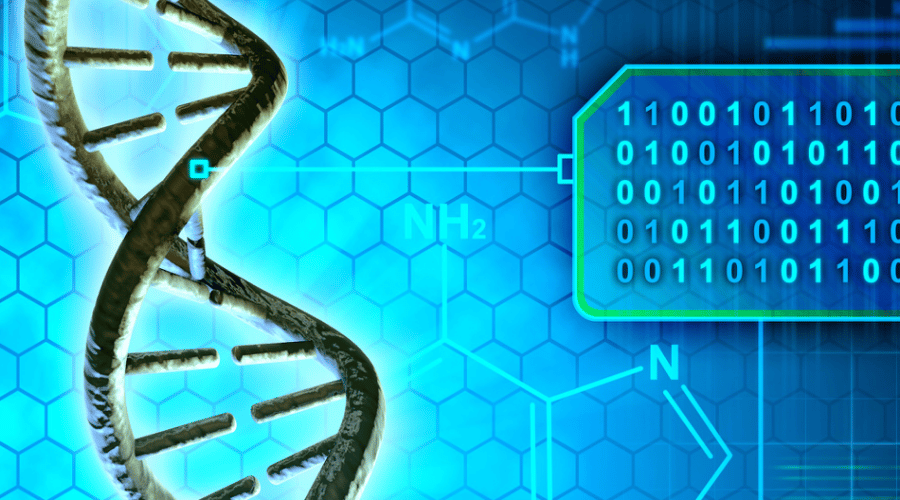 The birth of high-value therapeutics and cures

Does the development of effective drugs have to be incredibly expensive?  Maybe not anymore. There is a new type of drug development emerging: Gene Therapy. The hallmark of gene therapy is the ability to edit or modify the drivers of disease at the most fundamental level, our genes. To put it simply, we now have the ability to replace a broken gene in your DNA. Those educated on the subject of gene therapy will argue that there are a thousand caveats to that sweeping statement, but those caveats are quickly eroding.

Each year the capabilities of modifying the genome grow as the costs plummet. Gene therapy is entering a technology curve similar to computers. The capabilities of gene therapy are doubling (or more) every year, and the costs are halving (or more).  This creates a new opportunity in drug development to vastly increase productivity and value, while substantially decreasing costs. At AGT, we believe that gene therapy will usher in a revolution in pharmaceuticals where the value of drugs far exceed the costs, and the industry will grow substantially while casting off much of the negative feelings associated with the current drug monopolies and the inefficient healthcare market.

It’s a bright future, driven by the incredible power of gene (and cell) therapies to provide more effective treatments and even cures to diseases, and the rapidly eroding barriers to entry that hinder competition in this critical market segment.

The drug industry has a Big Bad Wolf, a regulatory behemoth that can cause optimistic entrepreneurs to waiver in their resolve.  It is widely believed that the FDA is a bureaucratic, costly impediment to new patient solutions. Perhaps that is partially true, but they are also an effective block against “snake oil salesmen” or drug developers that are blinded by their love of their own products. Some level of bureaucracy will always result depending on FDA resources and demand. As they describe on their website, the FDA is here to serve and protect: “The FDA is responsible for advancing the public health by helping to speed innovations that make medical products more effective, safer, and more affordable.”

One of the ways they are speeding innovation is allowing for smaller more nimble trials in gene therapy. If you were to spin up a series of clinical trials for a small molecule drug (older technology). You could expect trials to involve lots and lots of patients, which equates to lots and lots of money. Money (monetary risk) is a gating factor for innovation. If the FDA requires 1000’s of patients to be treated, the money has to come from somewhere.

Typical clinical trial populations for older technologies required an average of about 2250 patients. The average from the last four FDA approved gene and cell therapy clinical trials was 305 patients. 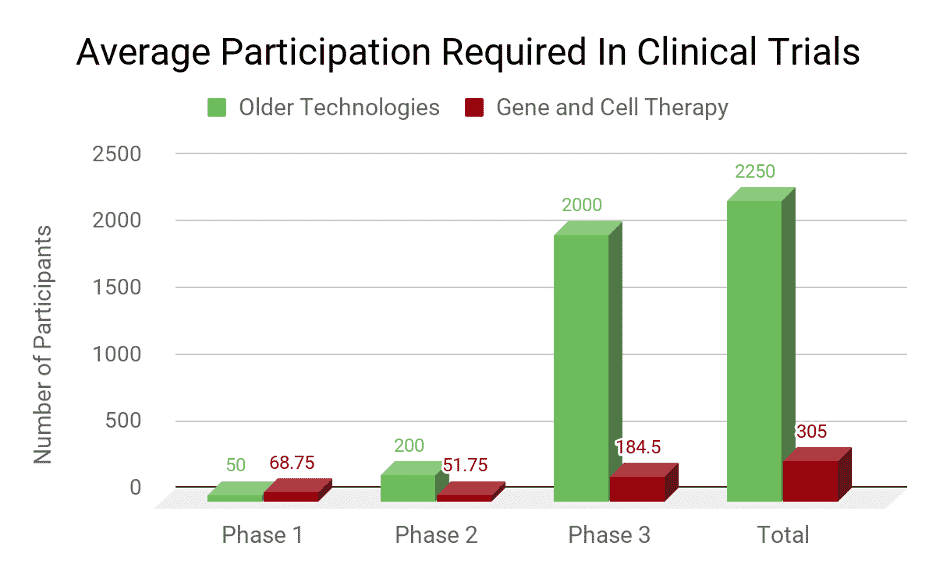 In addition to some regulatory advantages, preclinical development of gene therapy is also much less expensive. When growing gene therapies (that’s right, grown not made), you employ a bioreactor. Conveniently that bioreactor can be cleaned out and grow a totally different gene therapy the next day. In contrast, making a new pill requires a unique factory to be built for each new drug. If the drug doesn’t make it to market you have just bought yourself a useless (maybe $50 Million) factory that is generally more expensive to update for another drug than building a new factory from scratch.

Lower manufacturing costs are just one advantage. If you created a product that could deliver a broken gene to the liver, what might you decide to do next? Perhaps you would re-tool that gene therapy to deliver another of the hundreds of genes that are “broken” in the liver. This technology is iterative in a way that small molecules never were and never can be.

The FDA is Learning

In response to the iterative nature of this technology, the FDA has begun making logical decisions based on the datasets generated from other gene therapies. For instance, If a gene therapy developer is planning to re-infuse a batch of modified T-cells into the body they can look to technologies like CAR-T to understand aspects of how the body reacts to re-infused T-cells, both to improve their technology and qualify safe aspects of the technology. With this type of strategic thinking, the FDA can use that same information to eliminate hot spots in their mental safety map. 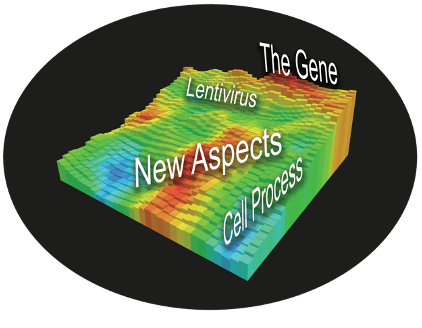 A gene therapy using a similar lentivirus, cell processor, and stimulation agents might only need to establish the safety of new aspects…

Earlier I said the common knowledge that the FDA was a cumbersome hurdle was only half true. Well, with the emergence of Gene and cell therapy, workloads at the FDA have been steadily rising. With the explosive growth in capability to treat and even cure diseases once unaddressable, scientists, entrepreneurs, and investors are pushing more and more technologies into the clinic and the FDA is understandably overwhelmed. This is certainly an issue, since the “drip” of gene therapy cures will turn into a steady stream and then a deluge.  The FDA will hopefully be able to get the support and resources to be able to continue to hold back drugs that are not ready for the clinic while avoiding delays of the types of treatments and cures that are possible in gene and cell therapy, and that are clearly already showing incredible promise and results. 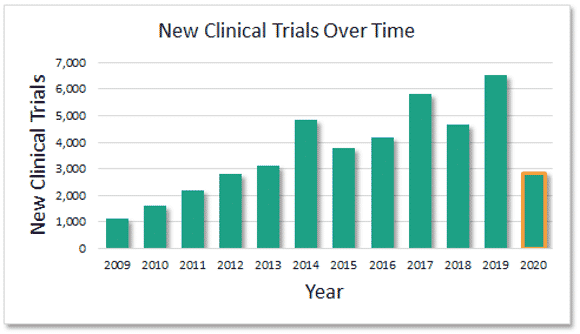 The Forces are Aligning

The FDA is adapting to the iterative and deterministic nature of this technology and has already changed to meet the needs of a rapidly growing industry. Gene therapy manufacturing costs are plummeting. Likewise, gene (and cell) therapy developers are getting increasingly efficient at generating viable drug candidates that hold the promise of treating the untreatable and curing the incurable. Forces within the industry are growing the capabilities of gene and cell therapy solutions for patient populations in need, and the FDA is doing its best to keep from getting in the way.  Wall Street and the investment community has caught on to the revolution, and tremendous amounts of funding is being deployed in new and existing companies -- further accelerating growth.  Recently Goldman Sachs predicted that we are at the beginning of a $5 Trillion market.  Contrast that to the (merely?) $1.1 Trillion pharmaceutical market today.

The Future is Inevitable and Coming Fast

Very few people who saw or worked with the first computers in the 1960’s realized that computers would eventually drive our cars, but we are on the eve of disruption even greater in scale.  “Computing” has yielded incredible value in society as it has grown for over 80 years.  Gene therapy is a similar technological revolution in medicine, with an even more powerful influence on our lives than computers, moving even faster.  Five years ago, gene and cell therapy was barely known.  These past few years, a steady “drip” of miracle cures in the nascent gene and cell therapy industry have gained FDA approval and notoriety. Those approvals include cures for incurable blood cancers, spinal muscular atrophy, blindness (Leber’s congenital amaurosis), and Severe Combined Immune Deficiency (both ACA-SCID and X-SCID). Gene and cell therapies are making an impression on the entire medical community and even the public.  The possibilities are endless.  This is no longer science fiction.  It is the future of medicine. And that future is bright.