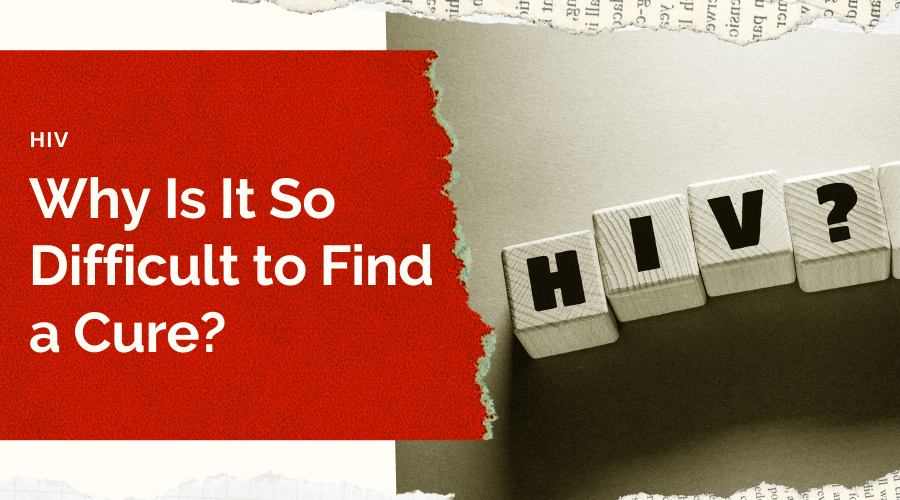 More than 32 million people have died from AIDS-related illnesses since the start of the epidemic in 1981, making HIV/AIDS one of the greatest public health threats the world has known. Since it was first identified nearly 40 years ago, trillions of dollars have been spent by governments and private individuals on efforts to find effective treatments, vaccines, and a cure. The virus itself is surprisingly small and simple, and researchers know a great deal about the way HIV is contracted and makes its way through the body. However, to date, the only effective treatment is antiretroviral therapy (ART), which halts the progress of the virus. 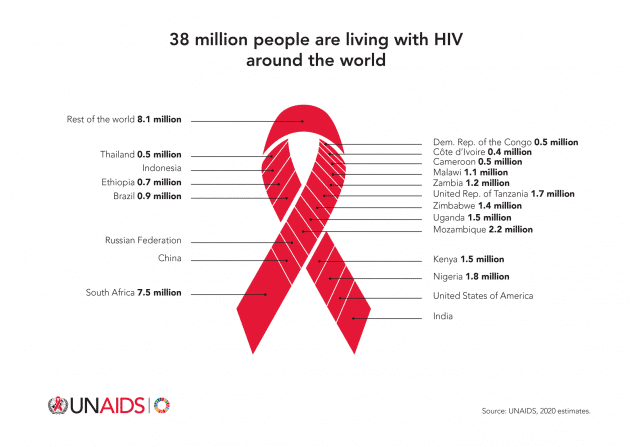 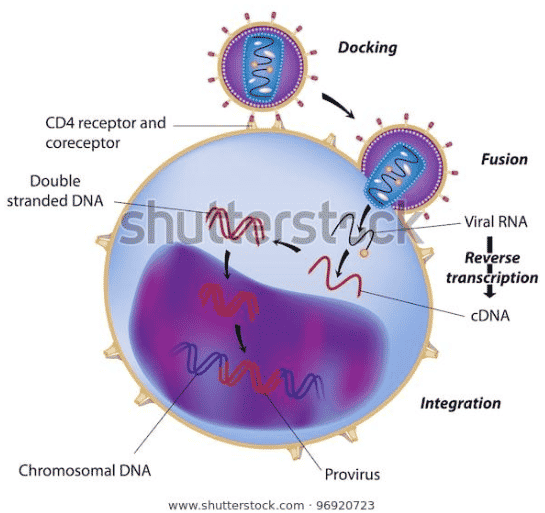 It’s true that the use of ART has slowed the spread of HIV infection and reduced the number of deaths since the peak in 2004, there are still 38 million people living with HIV in the world today.  While ART prevents AIDS and prolongs life in those infected with HIV, it does so at a significant cost in quality-of-life. In short, they are not a cure. With so great an effort on a global scale, why has it been so difficult to find an HIV cure?

HIV is a retrovirus, carrying its genetic material in a single strand of RNA. Normal viruses carry genetic material, yet are unable to reproduce on their own. The genetic material in HIV’s RNA is introduced into a living cell where it is transcribed using the enzyme reverse transcriptase into DNA, which then integrates into the host’s DNA inside the nucleus. Once this takes place, the new sequence of viral DNA can be transcribed into viral RNA, allowing the virus to spread throughout the body. Reverse transcription, recombination, and short generation times for certain viruses, particularly HIV, are error prone and lead to frequent mutations.

In a 2017 paper, Recent advances in understanding evolution, for the F1000Research open access publishing platform, authors Andrews and Rowland-Jones of the University of Oxford identify these frequent mutations as “a major contributing factor in the failure of the immune system to eradicate the virus.” In addition, since each mutation makes it more difficult for treatments to recognize the virus, the virus evolves at what the authors describe as the highest recorded biological mutation rate currently known to science. The combination of the process and the mutations due to errors in the process results is one reason that HIV is exceedingly difficult to treat, let alone cure, with a single drug.

Another major impediment in the search for an HIV Cure is the fact that HIV attacks CD4+ cells, more commonly referred to as Helper T cells. These T cells play a vital role in the functioning of a healthy immune system. By first invading and then commandeering the cell for its own viral purposes, HIV impedes the immune system in two ways: it reduces the number of functional T cells (because HIV infects them) and it ruptures the cellular membrane which kills the cell. 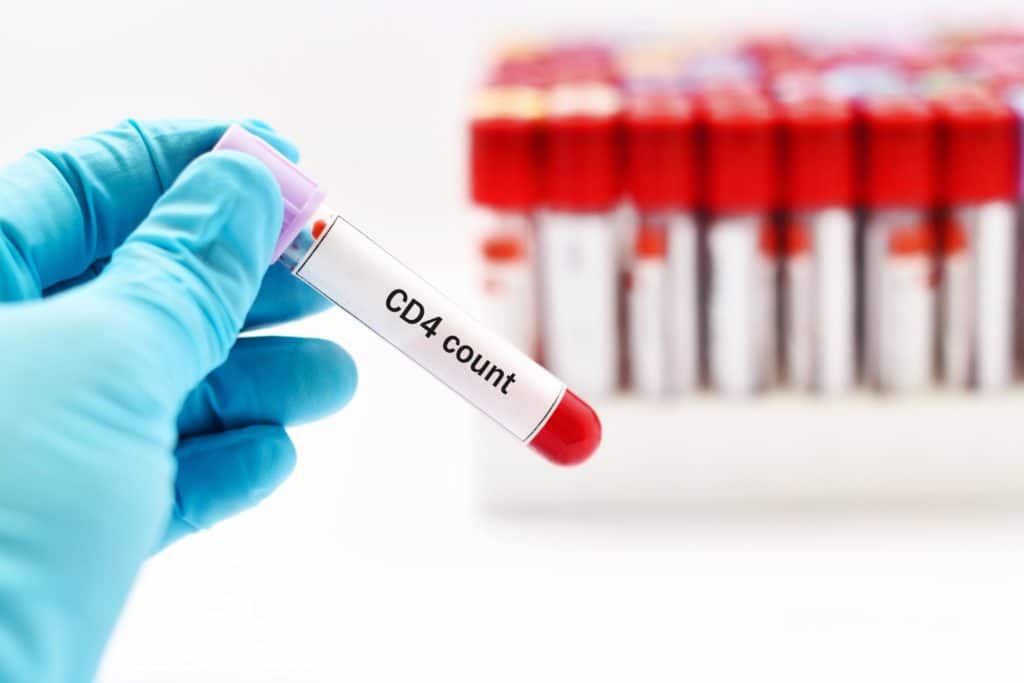 T cells can also die due to pyroptosis, apoptosis and attack by CD8+ T cells that recognize the infection.  HIV makes use of the prevalence of T cells to gain a hold in the individual’s body. Without the protection of the CD4+ T cells, the infected person will likely contract an opportunistic infection or unchecked form of cancer that results in death.

Not all HIV- infected cells are active simultaneously. During the very early stages of the HIV infection, some of the infected cells do not produce new copies of the virus. As a result,  latent, resting HIV virus cells can remain in “reservoirs” in the lymphoid tissues and other locations in the immune system for months, or even years. Current antiretroviral treatments (ARTs) are unable to eliminate these HIV infected cells because they are not circulating in the blood. This is a problem for the person infected with HIV because these cells can become active at any time. 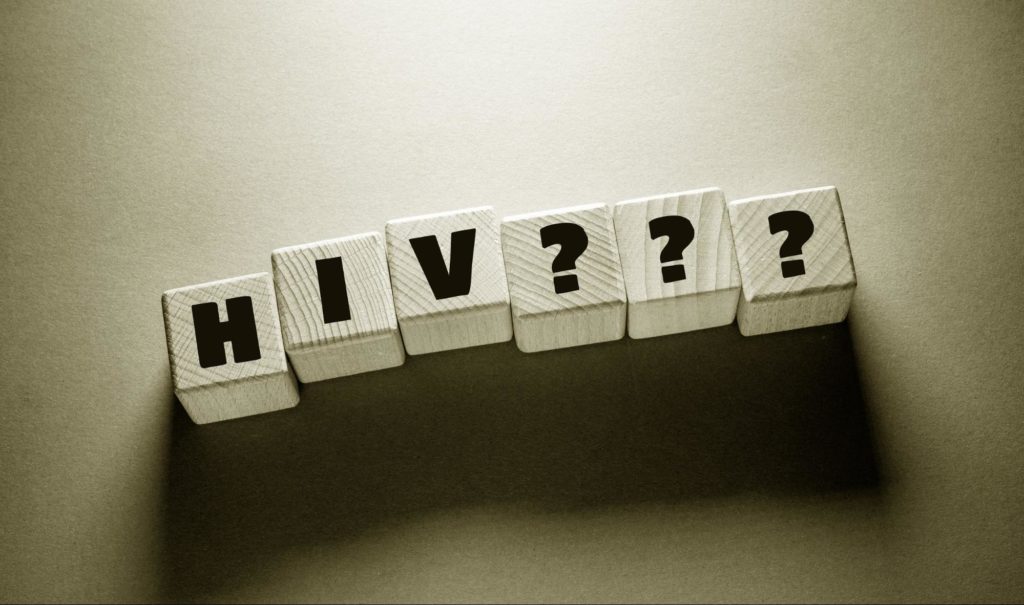 In a recent ScienceDaily article, Scientists identify a new potential reservoir of latent HIV, the latent reservoirs were deemed “the main obstacle to curing HIV/AIDS.” A Gladstone visiting scientist, Nadia Roan, and her team, identified cells that “preferentially support latent infection by HIV.” The cells have a surface protein, CD127, and are “found in tissues such as lymph nodes…” Roan concluded, “our findings suggest that CD127 cells from tissues may be an important population to target for an HIV cure.” This is the case because the ability to “inactivate” infected cells that are not circulating is essential to a full, functional cure.

While ARTs are not a cure, this cocktail of drugs halts the progress of HIV to AIDS by targeting HIV at a different stage in its replication cycle. As a result, existing ARTs make it possible for those with HIV to live a nearly normal lifespan with the caveat that they must take medication on a regular basis while living with uncertainty over HIV’s reemergence. Essentially, antiretrovirals have changed what was formerly a death sentence to a life sentence. For many, the continued use of ARTs, in lieu of the search for a cure, forms the basis of their approach. UNAIDS is one such organization that is working toward the eradication of the disease by 2030 rather than a cure. 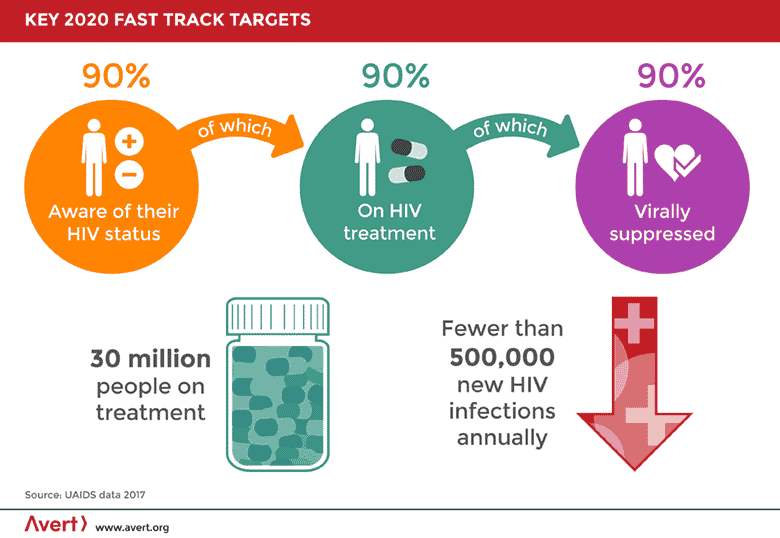 UNAIDS’ 90-90-90 target for the “post 2015 era” does not require a call. A disease can be eradicated - no longer actively infecting people - without the existence of a cure. This is the intention of UNAIDS, to prevent new HIV infections by meeting a series of targets. The targets call for people to first gain awareness of their HIV status, then to begin treatment, and then to suppress the virus through the use of ARTs and behaviors informed by their HIV status. As a result of this approach the number of new infections is expected to drop dramatically, making it less and less likely that new infections will occur.

However, a shortcoming of the move to eradicate rather than cure is that in times of upheaval, such as that caused by COVID-19, efforts to work toward eradication are in danger of being sidelined. In May, the UN issued a “wake-up call” to remind global leaders of the ongoing need for treatment in the areas of the world where the largest loss of life is most likely to occur if the spread of the disease is not prevented. Eradication is a positive goal for preserving life for future generations, but again, it is not a cure for the 38 million of people currently living with HIV.

It seems simple enough to agree on what it means to bring about an HIV cure, yet there are two different types of cure envisioned. One is the sterilized cure, in which there is no trace of HIV in the body. The other is a functional cure, in which the HIV viral load will be kept below the level of detection without the use of antiretroviral therapy (ART). In the case of a functional cure, the infected person would not need to be on antiretroviral medication, would not experience the effects of HIV, and would not transmit the virus to anyone else. This is a cure because there would be no need for ART - ever - as opposed to a remission, in which there might be a recurrence of the disease. American Gene Technologies’ (AGT’s) upcoming Phase 1 Clinical Trial of their HIV Cure Program is for a functional cure.

The discovery of a cure for HIV/AIDS is notoriously difficult for reasons related to both science and approach. The mechanism of the virus in the body makes it difficult to cure because HIV invades and then commandeers the T cells responsible for defeating it. This reduces the number of functional T cells and ruptures their cellular membrane in the process. HIV also mutates at one of the fastest rates known to science, so far making it impossible to treat with a single drug. The virus can also hide, latent, in lymphoid tissues and other locations where it escapes detection.

The lack of agreement on the approach to take also impedes the discovery of an HIV cure because it results in the lack of a global effort focused on a single goal. Whether eradication is enough or a cure is necessary impacts where funds and efforts are spent. For those living with HIV/AIDS, or those who become infected during eradication efforts, the potential diversion of funds to eradicate over a cure is likely to leave the use of ARTs - for the rest of their lives - their only recourse.

Another impediment to progress toward an HIV cure that is related to a disagreement in approach is the question of what constitutes a cure. Is it a sterilized cure in which no trace of the disease remains? Is it a functional cure in which the disease is present but not capable of progressing to AIDS, or being transmitted? Is remission through the use of ARTs a cure if it calls for the daily medication with a cocktail of toxic drugs? Because each of these options will require funding and talent, the pursuit of several will diminish the resources for each.

For AGT, the goal is clear. Researchers have devoted decades to creating a functional cure for HIV/AIDS. For them, the bottom line is that neither ARTs nor the push for eradication will make it possible for the 38 million people currently living with HIV/AIDS to lead a healthy life without the need for ongoing medication. Their Phase I study at clinical sites in Baltimore and Washington D.C., beginning in the Fall of 2020 with their AGT103-T, shows promise for a single-dose cure for this lethal disease.

AGT sponsored this article to highlight the importance of continuing HIV cure research until a cure is found. AGT’s HIV Cure Program lead candidate for a functional cure is moving into clinical trials in 2020-2021.

Status of the Clinical Trial

On August 11, 2020, AGT announced approval by the FDA to begin Phase 1, the first human clinical trial for AGT’s lead HIV program. AGT will conduct its Phase 1 study at clinical sites in the Baltimore/D.C. area. AGT expects that these sites will begin enrollment in the Fall of 2020.

AGT's Phase 1 study clinicaltrials.gov identifier number is NCT04561258 and the study ID is AGT-HC168. For information about the ongoing Phase 1 study of AGT103-T, and information on the trial sites, click the button below.