This approach has enormous power to affect the pathology of a cell, by either correcting disorders in the cell (including inherited and acquired disorders) or killing the cell (as in cancers). American Gene Technologies' lentiviral vectors can be narrowly targeted to treat specific types of cells (such as liver cells) and express only when specified DNA, RNA, proteins or enzymes are present, as is the case in certain types of diseases. Lentiviral particles can circulate throughout the bloodstream where they are able to treat cells in the blood, or circulating tumor cells that may have been shed from solid tumors (i.e., from tumors that have metastasized). The particles are sufficiently small enough (approximately 100 nanometers) to invade solid tumors through leaky openings in the capillaries that feed various types of tumor cells, while still being able to target (and kill) circulating tumor cells that might escape some other types of cancer therapies (such as surgery and radiation).

American Gene Technologies' Lentiviral vectors are not limited to treating cancer and cancer cells. They can be configured to target nearly any type of cell and re-regulate a wide variety of genes.

Efficiency and Reusability of Genetic Technologies 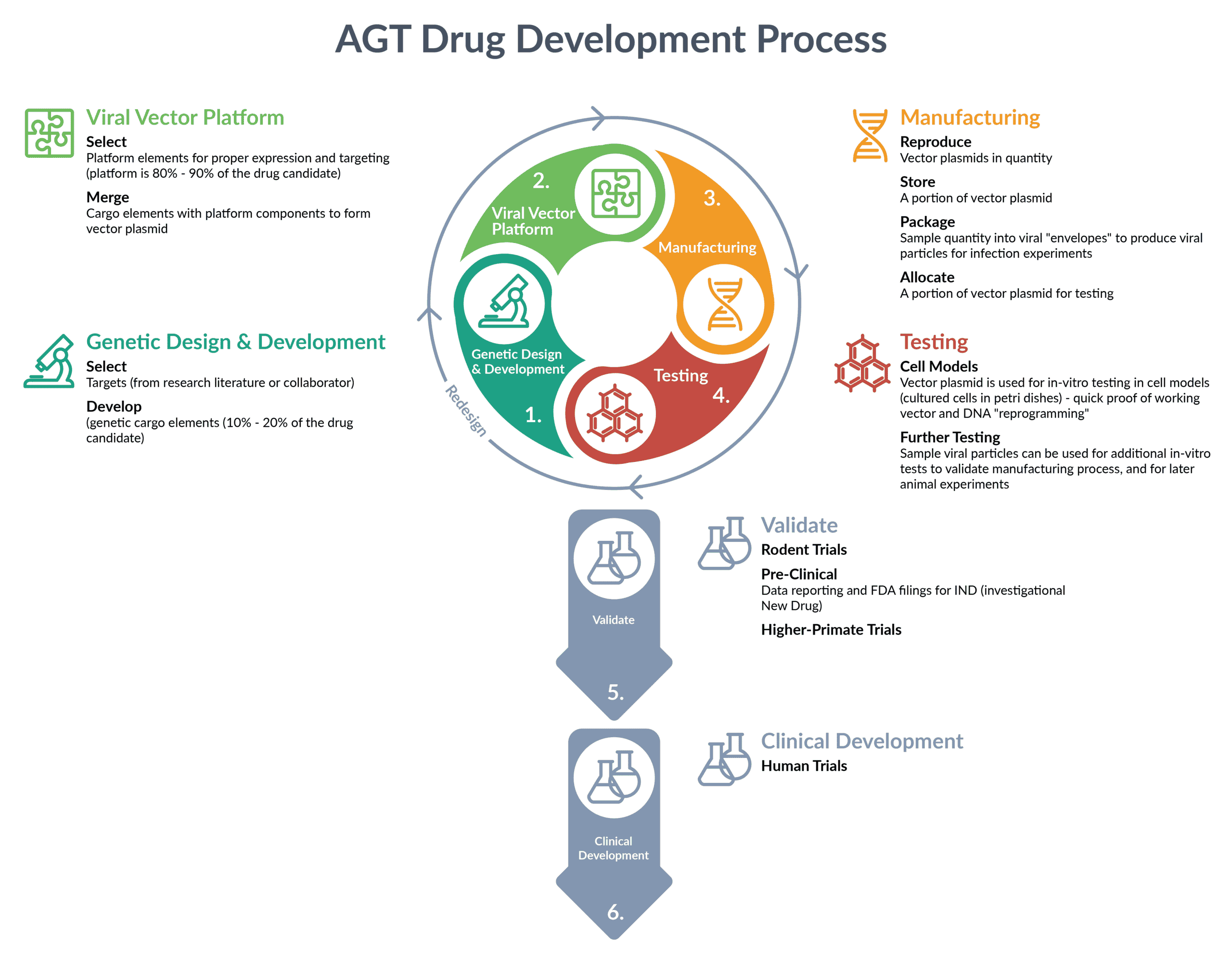