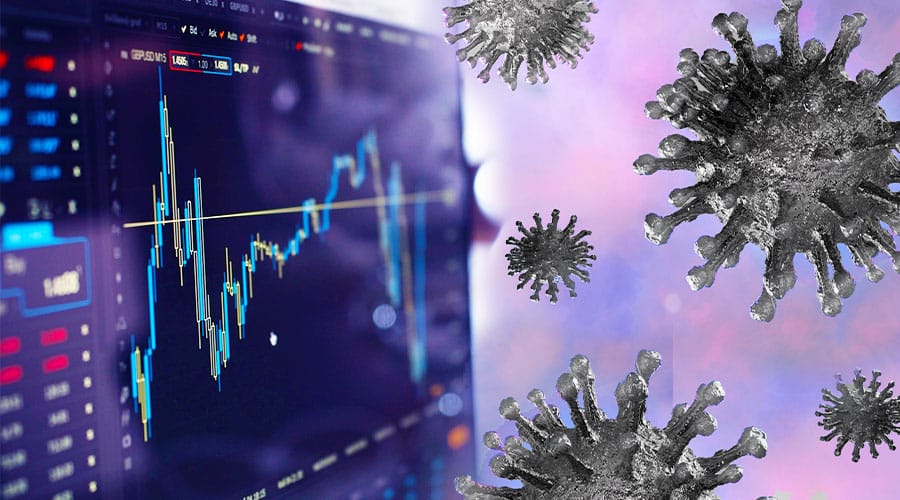 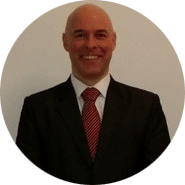 Over the last two months nothing has dominated the news as extensively as the coronavirus pandemic which as of March 26th has infected 463,000 people and caused almost 21,000 deaths in in almost every country around the world.  The impact from the spread of the virus has impacted not only the health of those infected but has also had a dramatic impact on supply chains, consumer activity and our interactions with others.  There is a mad scramble to find a vaccine and treatment for COVID-19.

There are many companies engaged in a pursuit of both a vaccine and a treatment for the new virus.  News sources have reported that over 30 companies have launched a program that is intended to target SARS-CoV-2 and the related COVID-19 pandemic.  Estimates and company guidance call for a treatment to be available sometime this year (if current trials are successful) and a vaccine within 12 to 18 months.  To summarize some of the programs in development and some of the investment opportunities that exist, we selected twelve companies where we were able to find sufficient information to understand the boundaries of their efforts.

One of the more publicized candidates is Gilead’s remdesivir.  The drug is an antiviral drug and a nucleotide analog.  It was initially used in trials to combat Ebola and Marburg, but in the related studies did not show better efficacy that other treatments that were being evaluated.  Remdesivir did present a favorable safety profile, which accelerated its progress into multiple human trials now taking place in China, the US, Korea, Singapore and Taiwan.  In the United States and Italy, several patients with serious symptoms of COVID-19 were administered the antiviral under compassionate use and recovered; however, the benefit of the drug is unclear as this was not performed as part of a clinical trial.

In addition to working with Novavax to develop their vaccine, Emergent BioSolutions is also developing two product candidates for treatment and prevention of coronavirus.  Similar to Takeda’s approach, Emergent will derive polyclonal antibodies from plasma that contains antibodies to COVID-19.  A clinical study is planned for the third quarter of this year.  If the immunoglobulin is effective, it may be a treatment for severe hospitalized patients and a prophylactic for at risk individuals.  In some cases antibodies are able to neutralize a virus and prevent it from attaching and infecting cells and in others the antibodies identify a threat to the body’s immune system.

Regeneron Pharmaceutical is using antibodies in their approach.  Two exploratory drugs, REGN3048 and REGN3051 have been investigated in trials.  These molecules have demonstrated the ability to bind to the spike protein of MERS coronavirus limiting viral replication and may have a similar effect against SARS-CoV-2.  The company is also working on a treatment for the impact of COVID-19 on the lungs.  Kevzara may be able to modify the immune system response to control excessive inflammation.

Takeda Pharmaceutical is starting work on a polyclonal hyperimmune globulin (H-IG) to treat high risk individuals with COVID-19.  The drug they are developing is designated TAK-888 and the approach has shown efficacy in previous severe acute viral respiratory infections.  The biologic requires the plasma from patients who have been infected and recovered from COVID-19.  COVID-19 antibodies would be isolated from recovered patients then transferred to a new patient to help them respond to infection.

BioNTech is working with Pfizer to develop a vaccine against COVID-19 using their mRNA platform.  BioNTech had previously signed an agreement in 2018 with Pfizer to develop influenza vaccines and will now move into the coronavirus realm.  As part of the new agreement, BioNTech will receive $120 million in upfront payments and over $300 million in additional funds based on performance.  Clinical testing is expected to begin in April 2020 in Germany, the US and China.

Inovio uses a technology which electroporates a DNA plasmid into cells where its genetic instructions are translated into desired proteins that can treat disease.  The company has both an infectious disease and oncology focus and has provided a detailed timeline for development, testing and production of their new candidate for COVID-19, INO-4800.  The company expects to begin human trials in April, and, assuming success and approval, can have one million doses of vaccine available by the end of 2020.

Novavax announced development of a vaccine to address COVID-19 in January.  They are working in partnership with Emergent BioSolutions to develop a vaccine and have stockpiled inventory ready to use in human trials.  The company received a Coalition for Epidemic Preparedness (CEPI) grant of $4 million to help with this work.  Phase I trials are expected to start in May or June.  Emergent will provide contract development and manufacturing organization (CDMO) services.

Moderna is another coronavirus play with its COVID-19 candidate mRNA-1273.  The messenger RNA vaccine employs a pre-fusion stabilized spike protein used in previous viral epidemics.  The company has sufficient safety data to go directly into human testing while performing parallel preclinical work.  Moderna expects to enroll 45 subjects who will receive two shots of the vaccine.

Sanofi Pasteur plans to use its recombinant DNA platform to develop a vaccine against coronavirus in conjunction with the U.S. government agency Biomedical Advanced Research and Development Authority (BARDA).  The company’s efforts will produce a protein that matches those appearing on the surface of the coronavirus using a baculovirus expression platform, which is also used for its licensed recombinant influenza product.  If their approach is successful, Sanofi’s senior vice president of global vaccine research Dr. John Shiver believes the company has capacity to manufacture 100 to 600 million doses.  The company has conducted previous work on the related SARS virus and the FDA is familiar with its platform.

Vaxart is starting a coronavirus vaccine effort using its recombinant protein platform, VAAST, to produce tablet-based vaccines.  Recent work conducting an influenza challenge study demonstrated the ability of the VAAST platform to protect through mucosal immunity.  The focus on the mucosa is particularly relevant as coronavirus is primarily an infection of the respiratory tract.  BARDA partially funded this trial and contracted with Vaxart to conduct a Phase II challenge study of their H1N1 flu vaccine. 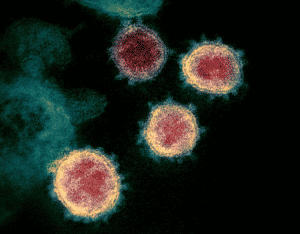 We have seen other public and private companies working on treatment and cures for the coronavirus that were not included here. While the anticipated speed to clinic for some of the companies that we list is impressive, it will still take some time to find a safe and effective treatment and vaccine for COVID-19. One of the bottlenecks that vaccines face after approval is production and manufacture. A common approach to vaccine production is growth of a virus in chicken eggs which presents a number of difficulties;2 however, other approaches including the use of recombinant DNA in cell based expression systems and cell based systems are also approved by the FDA. Hyperimmune globulins are an approach that takes plasma from donors who have recovered from the virus and administered to vulnerable persons. This is a type of passive immunity that is short-lived and can be risky but has proven to work for general immunity in immunocompromised individuals. Other novel designs exist, such as DNA vaccines which use a plasmid that includes genes to produce viral proteins that stimulate an immune response. During a rapidly moving pandemic, approaches that have more rapid manufacturing timetables can make a big difference in decisively moving against the spread of a highly communicable disease. While the list of companies we discuss is not comprehensive, it does provide a cross section of some of the programs that are now in the lead to address this worldwide pandemic.

What is the Coronavirus?

Coronavirus, officially designated SARS-CoV-2, is a virus that can cause COVID-19, a respiratory illnesses in people and animals. Symptoms associated with SARS-CoV-2 are fever, cough and difficulty breathing. It is spread person to person through respiratory droplets from a cough or a sneeze. While individuals are most contagious when they appear to be sick, there is evidence that those who have the disease but do not display symptoms can also transmit the disease. Spread of the virus can also occur through contact with contaminated surfaces such as steel or plastic, but this is not seen as the primary vector.

The coronavirus has a spike protein receptor on the surface which, similar to the HIV virus, injects its genetic material into a cell to propagate more viruses. Vaccines that are being produced will try to copy this protein, then grow it in a cell culture to administer to patients who are at risk. 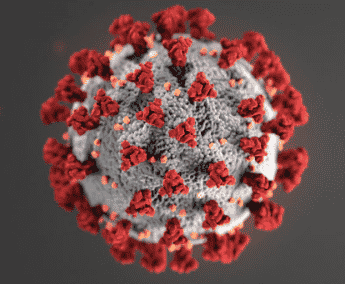 Research so far by the World Health Organization has shown that some individuals are more susceptible to the virus than others.  The older the individual, the higher the fatality rate.  Those with cardiovascular disease, diabetes and high blood pressure are more likely to die and those who are older are also more vulnerable.  We summarize this information based on Chinese data in the following exhibits. 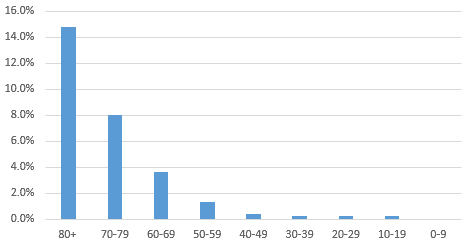 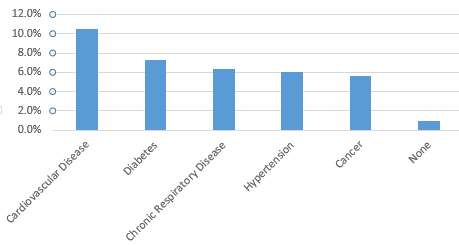 Men are also at higher risk from COVID-19 than women are.  One of the contributing factors to this difference is thought to be smoking.  Analysis of data published in the New England Journal of Medicine showed that disease severity was greater in patients that were former or current smokers as compared to those who had never smoked.  Another study in the Chinese Medical Journal found that those with a history of smoking were substantially more likely to develop pneumonia.

American Gene Technologies (AGT) sponsored this article to help provide information to investors and other interested parties to support companies working on treatments and vaccines that will benefit global health.