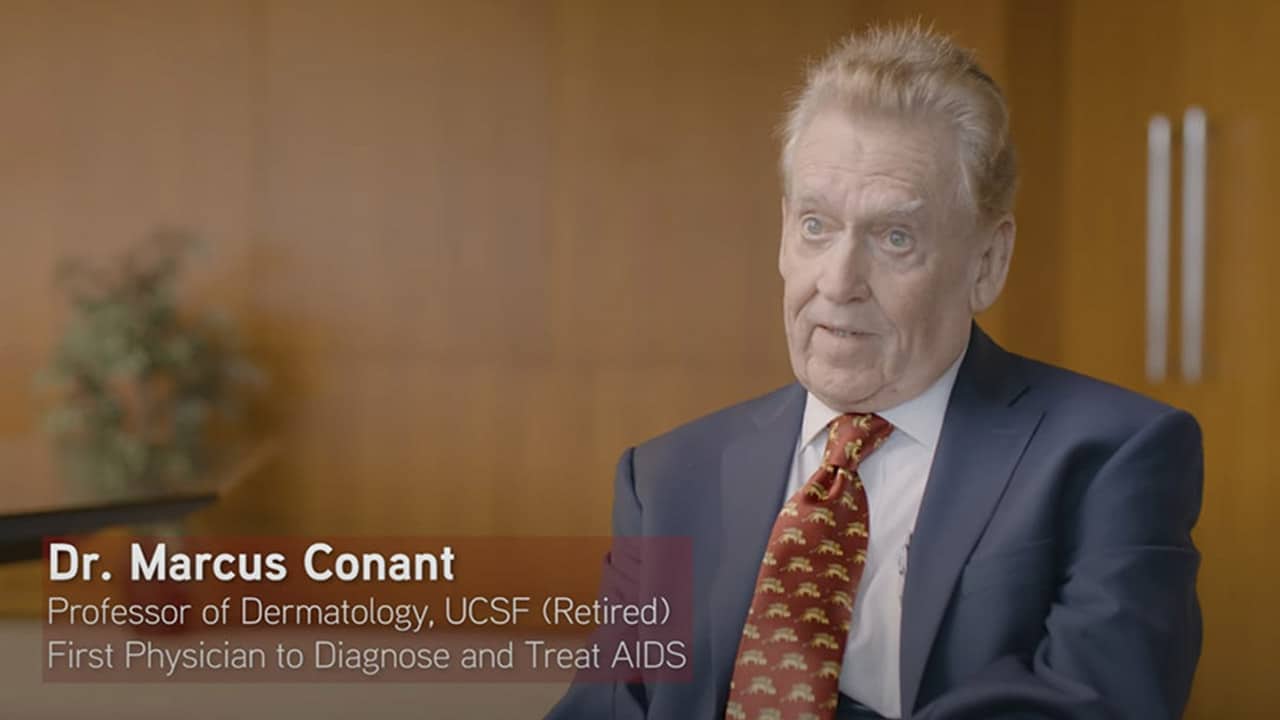 Dr. Conant was the first physician to diagnose HIV in San Francisco while running the inpatient dermatology service at the University of California San Francisco. Before anyone recognized the virus or understood that it was about to become a global epidemic, Dr. Conant took the lead in forming the Kaposi’s Sarcoma Research & Education Foundation in 1982, which later became the San Francisco AIDS Foundation.

Dr. Conant conducted early clinical trials, persevering despite seeing 94% of patients die during the epidemic’s first years. His clinical experience sensitized him to the suffering caused by the disease. As a physician with a holistic perspective, Dr. Conant’s work expanded beyond the strictly clinical, to include education, research, and advocacy.

“After working with HIV/AIDS patients for 40 years, I am cautiously optimistic that a major turning point is near after looking at AGT’s data and process,” said Dr. Conant. “AGT’s work makes me hopeful we may have crossed the threshold and could at long last be seeing something that will work as a cure for people who have endured pain and suffering for years.”

Dr. Conant’s decades of on-the-ground medical experience in treating HIV/AIDS will be instrumental as AGT conducts the ongoing phase 1 trial of AGT103-T, a cell and gene therapy for HIV disease. His input will help AGT continue to make progress toward realizing a historic breakthrough to end the epidemic. On September 30, 2021, American Gene Technologies (AGT) appointed Dr. Marcus A. Conant, as special advisor to AGT CEO Jeff Galvin.

“I’m elated and honored to have Marcus on board as an advisor,” said AGT CEO Jeff Galvin. “He has been through the war, seen patients’ suffering firsthand, and yet he has maintained his optimism, his passion, and his empathy for everyone infected with and affected by HIV. Marcus agreed to work with AGT because he sees our treatment as the next step toward finding a cure for this horrific disease.”

AGT103-T is a genetically modified cell product made from a person's own cells. AGT's unique approach focuses on repairing the key immune system damage caused by HIV. AGT’s goal is to develop a cell and gene therapy capable of repairing the immune system so it will provide natural control over HIV replication. AGT’s Phase 1 trial for AGT103-T is currently underway at trial sites in the Maryland / Washington, DC area. The recruitment status of the phase 1 RePAIR (Restore Potent Antiviral Immune Responses) clinical trial along with information of the trial sites can be found on ClinicalTrials.gov. The trial is the company’s first step in clinical testing of cell and gene therapies for HIV, cancer, and rare diseases.

Dr. Hardy shares that over 40 million people worldwide have been impacted by HIV/AIDS. Over the years, patients have only been able to take antiretroviral treatments to help to control the disease. Today, Dr. Hardy says, “I believe the final solution for a cure is going to involve gene therapy.”

Each day, AGT takes steps towards creating a gene therapy that could help the human body develop an immunity to HIV. For more information about American Gene Technologies progress in gene and cell therapy research, visit: https://www.americangene.com/